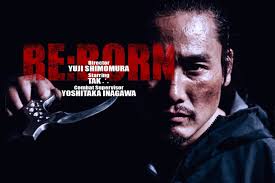 I was really hoping to go into an in-depth review of this movie, but the same thing just kept popping into my head: Do you want to see more kills than John Wick 2 in a shorter amount of time? If the answer is “Yes,” then you need to watch this. If the answer is “No,” then you might want to reflect on yourself a little bit.

This is much more action than horror, but it’s on Shudder so it should be readily available to anyone reading this review. It’s a good time. Check it. 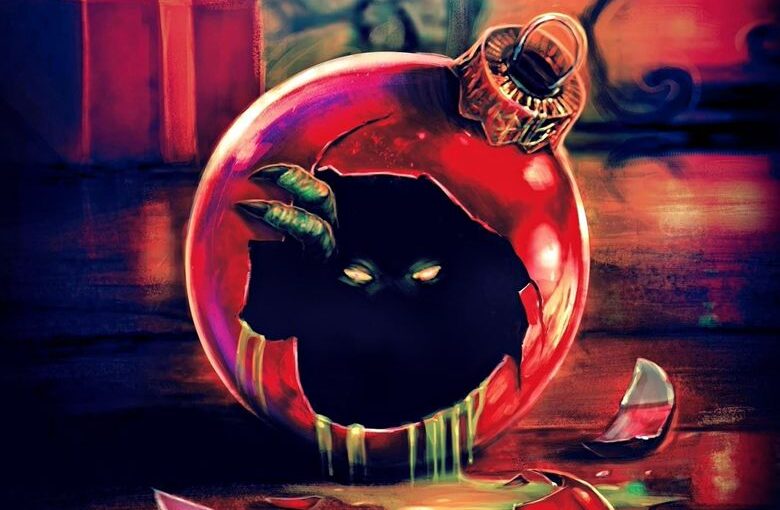 Anthologies seem to be on the rage lately, but I am not complaining! Let’s have a look at 2018’s Christmas themed anthology, All The Creatures Were Stirring. As with any anthology there is a framing device in place here, and a rather clever one at that. Jenn and Max are two people alone on Christmas eve and decide to get together to go see a play. At this point you may be wondering if you accidentally selected a Hallmark Christmas movie, but hang in there. Once in the theatre, the play begins it’s first story.

The Stockings Were Hung

This story starts off with a rather mundane gift exchange at an office. However, things start to get effed real fast, and boy was it a treat! What we have here is a sadistic killer who has sabotaged the gift exchange. Some gifts will help, some will hurt; think saw-esque here. Once the fun begins it is quite fast paced, and ends quickly, which I liked. Although not super original, it was well executed and my favourite of the segments. 4 / 5 We then cut back to the actors in the play finishing the scene, as it will from here on out. This framing device is simple yet effective.

This segment is certainly more original than the first, and gives off some Lovecraftian vibes. We got a man who has locked himself out of his car after some last minute Christmas shopping, and there is no one else around save for a creepy van in the parking lot with two women inside. I can’t say much else because the unraveling of the story is the key here, but it does get weird in an unexpected way. There’s even some good practical effects in this one! My only gripe was it took a little long to get there, but at under 20min, is that saying much?

All Through The House

I feel like this is where we start to fall off a bit. This segment is disjointed, and definitely maniacal. Jonathan Kite (2 Broke Girls) is great, and certain scenes are well shot with creepy lighting, and cinematography that is unsettling. Just straight up weird with not much of a resolution. On the bright side it does contain my favourite quote of the movie, “Take that you rosy-cheeked son of a bitch.” Worth it.

Arose Such a Clatter

I turned into a bitter old man on this one, and I had some petty complaints throughout. This time we get a discount Russell Crowe driving at night before smoking a huge deer wearing a collar. Yup, that big ‘ol boy was Blitzen, and he is pissed. The vengeful stalker ends up tracking down buddy at his home and well, you can imagine the rest. There was some cool stuff about this one such as the premise, and how they shot the POV scenes, but the pros wear out pretty quick. So off to the complaint department. We’re dealing with a huge reindeer here. The fact that the car had limited damage was bothersome enough, but the fact that HE HAS ANTLERS MOUNTED IN HIS HOUSE BUT DIDN’T TAKE OR CALL A BUDDY TO TAKE THE DEER HE JUST SMOKED was REDICULOUS. Ok, I’m fine. This one’s pretty boring overall, but fair waring. The cut back to the theater is hilarious.

Ending on a higher note, this segment has some serious Twilight Zone vibes. I felt like it was setting up for a werewolf story, but quickly turned around and we ended up getting probed. Nice. Some of the characters I wish I could have reached in and punched them in the face, but a minor gripe to a cool story. Throughout this segment we get twist after twist while getting weirder and weirder, yet somehow it works. Being so Twilight Zone-y I was expecting some sort of morbid or twist ending, but instead it’s quite wholesome..also nice.

After this we are brought back to the framing device for a little extra creep factor before sending us off to the credits. Overall I really enjoyed this anthology, it was fun without trying too hard. I really commend the production team for effectively using the tools they had at their disposal, and not reaching too hard beyond their budget. It’s Christmas, sit down with some popcorn, don’t set the bar too high, and you’ll have some fun.